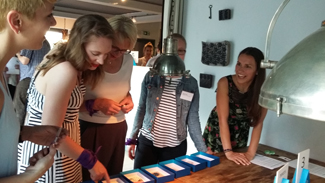 This week Madrid Convention Bureau (MCB), which is attached to the Madrid Destino Tourism Department (Madrid City Council), held two sessions in Hamburg and Munich to present Madrid as a MICE tourism destination. These took place on 10 and 12 May, respectively. Large company event managers and agencies specialising in the MICE segment (Meetings, Incentives, Conferences and Events) in the two cities took part in the presentations.

MCB tailored these promotional activities to the specific needs of all participants: associated suppliers, destination and clients, to ensure both short and long-term success. The overall approach and format of the presentation focused not so much on providing “technical destination information” as on offering a “destination experience” that conveyed Madrid values such as hospitality, professionalism, friendliness and conviviality.

In addition to these actions, MCB was also present at IMEX Frankfurt, one of the most important international MICE tourism industry gatherings, which took place in April. During the fair, Madrid Convention Bureau and the 12 companies it shared a stand with conducted over 300 business meetings with potential MICE tourism clients.

MCB also plans to undertake further activity in Germany in the coming month of June: a Fam Trip for influential agencies from Frankfurt, in which ten professionals will have a chance to familiarise themselves in person with the hotels, event venues and cultural and gastronomic possibilities that Madrid offers visiting professionals.

Germany, the European country that sends us the second-highest number of MICE tourists

According to the 2014 MICE Tourism Measurement Report, of all European countries Germany ranks second in terms of the number of MICE tourists it sends to Madrid.