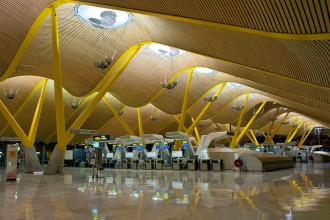 Aware of the importance of South-East Asia for the tourism market, in 2016 Madrid authorities achieved a major boost for Adolfo Suárez Madrid-Barajas International Airport in terms of air traffic connectivity with this geographical area by opening up new direct flights to a range of leading destinations.

The two existing connections with Seoul and Beijing were joined in June by direct flights to Shanghai and Hong Kong. The former is operated by Iberia and China Eastern Airlines and consists of four inward bound and three outward bound flights a week; this is significant because it marks the start of Iberia’s operations on the Asian continent. The Spanish airline operates this route with the most modern aircraft in the fleet, the Airbus A330-200, with 288 seats, 19 in Business and 269 in Tourist class; both cabins offer a la carte individual entertainment and advanced Wi-Fi on transoceanic flights.

The direct flight to Hong Kong is operated by Cathay Pacific and flies four times a week; it is estimated that more than a hundred thousand passengers will take this route over the first year of operation.

To end the year, December is expected to see the start of the new direct Madrid-Delhi route operated by Air India with three flights each week. This flight was one of the 15 most wanted by Spanish travellers according to Skyscanner, the world’s travel search engine, which reported that this direct flight had been requested by more than 100,000 Spaniards.

With these new routes opened up, the panorama of connections between Madrid and South-East Asia now includes four destinations in China, one in South Korea, one in Japan and one destination in India.

The importance of these routes lies not only in the fact that, especially in China, a huge increase is expected in the number of tourists sent by these countries to Spain, but also because this is a golden opportunity for Madrid to position the city as the communications hub between Asia and Latin America.