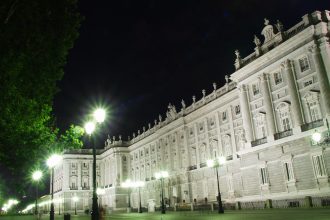 Madrid is the city with the third highest growth in overnight hotel stays in Europe. In 2015 it recorded 18 million stays, up 8.7% from 2014. The city that saw the highest growth was London, where overnight stays rose 9.8%, followed by Stockholm, which saw a 9.7% increase.

Moreover, Madrid now ranks fifth in terms of overnight hotel stays in all European cities, preceded only by London, Paris, Berlin and Rome.
These statistics were taken from the 2015-2016 annual report by European Cities Marketing (ECM), the association of convention, leisure and city marketing professionals whose members include representatives from European cities such as London, Berlin, Paris, Rome and Amsterdam. The report provides a comparative analysis of overnight stays in Europe’s main cities and other international markets.
The latest report also illustrates the profound growth that the city of Madrid has seen in the number of overnight stays by international travellers. These have risen by 12.8% since 2014, an increase that is among the sharpest recorded in any of Europe’s main cities.
Madrid ranks tenth in terms of overnight stays by international guests, with a total of 10.2 million in 2015.

In terms of total spending throughout the Region of Madrid, in the first five months of the year this was 12.38% higher than in the same period the previous year, a figure which confirms the continuation of the growth seen in 2015 when the Region of Madrid showed the highest growth in total spending (+13.9%), a figure well above the total growth seen in Spain (+6.8%).