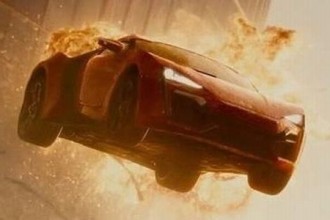 On 30 July, for the occasion of the presentation of the Blu-ray and DVD versions of the latest instalment in the Fast & Furious saga, the seven vehicles that starred in the motion picture (manufactured respectively by Lamborghini, Mercedes, Maserati, Nissan, Lexus, Ford and Subaru) gathered together on the grounds of Kinépolis Madrid in a very special event for film and car lovers.

The event kicked off with demonstrations and challenges performed by expert drivers for each individual vehicle at Kinépolis Madrid. The cars then drove in convoy down Madrid’s most emblematic streets: Gran Vía, Puerta de Alcalá, Velázquez and Castellana, before finishing in the car park opposite the Santiago Bernabéu Stadium.

The drive was set to the best songs from the film’s soundtrack and was accompanied by a group of models who encouraged passers-by to take photos with the cars.