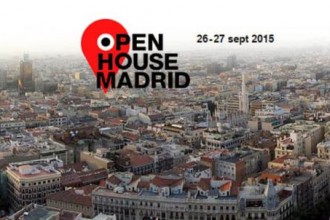 It was Madrid’s turn to host this architecture and city festival, held in more than 30 cities across the globe, including New York, London, Chicago and Vienna.

Over the weekend of 26 and 27 September, the city of Madrid opened its buildings to raise awareness of its culture, design and architecture to all citizens and visitors with an interest in seeing them. They were able to tour offices, private homes, public buildings, artists’ studios, architecture firms and designer workshops.

The intention of the festival was to reach out to the public at large by opening up 70 buildings. Other special features of the festival were that everything was free of charge and that members of the local community got involved by becoming volunteers, playing a key role in the event.