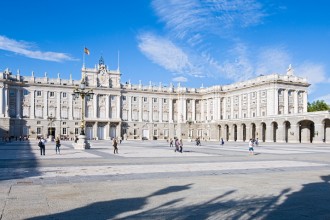 Madrid cements its reputation as a world famous destination for meetings tourism. In 2017, seven large-scale international congresses are already confirmed as taking place in the capital, expecting to generate more than 700,000 overnight stays in the city and a direct expenditure of 180 million euros. The city of Madrid continues to consolidate its position as a leading destination for these types of events, demonstrating the faith placed in the capital by associations and organisations the world over as the venue for their professional meetings.

Congress organisers are opting for Madrid

All these meetings contribute to confirming Madrid’s status as a world leader in the meetings tourism market. Together with London, the Spanish capital takes fifth place in the ranking produced by the International Congress and Convention Association (ICCA), which compiles data on international congresses held in 1,600 cities across the world.

In addition to occupying one of the top positions as an international congress destination, Madrid attracts excellent feedback and satisfaction ratings from congress delegates and organisers alike. According to the 2015 Meetings Tourism Report, Madrid scores over eight points on a scale of 1 to 10. On this note, it is important to highlight that several of these seven major congresses due to be hosted by Madrid in 2017 are repeating in the Spanish capital, and that one or two, like the World ATM Congress, now in its fifth year in the city, have confirmed that they will be staying in Madrid for the next few years.

Destination Madrid has a specialist public-private body, Madrid Convention Bureau (MCB), which acts as a conduit for the city’s international promotion and attracting congresses at the bidding stage. This requires years of collaboration and work with associations from all over the world and in the local area, as well as OPCs and other agents involved in capturing and organising this type of event.

Reporting to the Madrid Destino Tourism Department, MCB carries out some 35 national and international promotional actions every year, aimed at cementing Madrid’s image as the ideal destination for meetings tourism, and processes around 50 new congress bids. All these initiatives are put in place in collaboration with the 200 companies in the sector associated with the organisation. In the case of the seven aforementioned congresses, MCB has been working closely with IFEMA Conventions and Congresses, which will be the main venue for all the events.

With the aim of continuing to strengthen the positive image of Destination Madrid and the work of promoting meetings tourism undertaken by the capital’s City Council, Madrid Convention Bureau will be joining the Best Cities Global Alliance as a full member from May this year. This prestigious alliance of cities comprises a select club of international congress bureaux and pursues excellence in the organisation of large-scale congresses. Madrid will be one of a group that comprises Berlin, Bogotá, Cape Town, Copenhagen, Dubai, Edinburgh, Houston, Melbourne, Singapore, Tokyo and Vancouver.