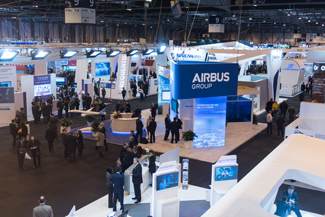 The aviation sector has set down roots in Madrid. Until 2022 the capital will host the World ATM Congress (WATM), the largest global congress devoted to air traffic management, organised by the American Traffic Control Association (ATCA) and the Civil Air Navigation Services Organisation (CANSO). During this year’s edition of the congress, its organisers announced that Madrid would continue to be the venue for the leading international event from 2018 to 2022, after extending the agreement already in place which stipulated that the congress would remain in Madrid from 2014 to 2017.

Madrid will thus become a hub for innovation and development in the global aviation sector for ten consecutive years, strengthening its position as a destination for large-scale international congresses. The choice of Madrid and the faith shown in the city is the result of the joint efforts of Madrid City Council (via Madrid Convention Bureau (MCB), which is attached to Madrid Destino’s Tourism Department) and Madrid’s business tourism sector.

The first edition of the congress in Madrid was held in 2013, after MCB had met the event’s organisers during a promotional campaign in the United States and had organised subsequent visits and meetings which took place over a period of two years. In view of the excellent outcome of this congress, in terms of both the increase in attendees and exhibitors and the degree of participant satisfaction, the decision was taken to extend the commitment to remain in Madrid, which initially covered the years 2014 to 2017 and has now been expanded to include 2018 to 2022.

More than 130,000 overnight stays and 43 million in direct spending

The WATM is aimed at executive staff and technical experts in the aviation sector, encompassing international bodies such as the International Air Transport Association (IATA) and the Airports Council International (ACI) as well as companies that are leaders in aircraft manufacturing and in the air navigation systems technology sector, including Airbus, Boeing and Lockheed Martin, in addition to governmental decision-makers in the industry.

Thus far, this international congress has generated more than 70,000 overnight stays and over 23 million euros in direct spending by participants in the city. In view of the growing number of participants recorded, future editions are expected to bring more than 130,000 overnight stays and 43 million euros in direct spending by those taking part, in addition to the money spent by organisers and by sponsoring brands on parallel meetings, gatherings and activities held in connection with the event at various venues and hotels across the city.

This year’s congress drew 7,175 aviation sector professionals and 225 companies from 125 different countries. Its economic impact on the city, calculated solely in terms of direct spending, amounted to 7 million euros.

In his closing remarks, CANSO Director General Jeff Poole said: “Everyone who attended World ATM Congress this year benefitted from the obvious high value of the event. From commercial companies signing deals; to air traffic management staff learning about the latest technologies and best practice; to leaders from across the industry sharing ideas and working together to improve the efficiency and enhance the safety of airspace. Everyone to whom I spoke left Madrid having gained value and committed to returning in 2017”.

The number of organisers of large-scale international congresses choosing Madrid as the venue for their events continues to grow. As a general rule, the factors that motivate this choice are the professionalism and high calibre of the city’s professionals, facilities and services.