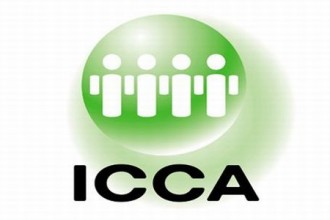 The city of Madrid remains one of the top congress destinations in the world. The capital has broken its own record by hosting 200 international congresses in 2014, making it the third city on the International Congress and Convention Association (ICCA) ranking.

The number of international congresses held in Madrid approved by this association, which gathers data from 1,600 cities, went up 7.5% compared to the previous year. Madrid came in third after Paris (214) and Vienna (202), beating out established travel destinations with strong economies such as Berlin, Barcelona, London and Singapore, and establishing itself as the top congress hub in Spain.

In 2014, the number of delegates continued to rise, maintaining a trend observed since 2011, with 65% more participants and twice as many attendees on average during the off season than in 2013. This confirms an increase in the number of congress participants not just during the months when the majority of these events are usually held, but also during slower months, contributing to the deseasonalization of tourism in Madrid.

This time the city of Madrid has also managed to triple the number of rotating Ibero-American congresses approved by the ICCA.

The international promotional strategy carried out in these markets, along with factors such as a common language, the city’s strategic location as a gateway to Europe for Latin America, and the fact that many Latin and Ibero-American companies have their headquarters in Madrid, favours the development of the Ibero-American congress market in the capital.

Madrid has placed third on the ICCA ranking thanks to the great job done by Madrid Destino’s Tourism Department. Through Madrid Convention Bureau (MCB), this department is in charge of marketing the capital’s potential as a business tourism destination, in collaboration with almost 200 associated companies in Madrid. Thanks to this joint effort, a number of major international organizations have chosen the Spanish capital as the site of their congresses. It is also one of the reasons why 50% of ICCA-approved events in 2014 were held in hotels, convention centres and special venues attached to Madrid Convention Bureau.

Thanks to the candidatures promoted by the Tourism Department through Madrid Convention Bureau, 40 international congresses were held in the capital last year, including the European Society for Medical Oncology (ESMO) Congress, with 19,000 attendees, and the World Air Traffic Management (ATM) Congress, which drew 6,500 delegates to the city.

The organizers of both of these congresses have already confirmed that they will be returning to Madrid in 2017 and 2015-2017, respectively. This clearly demonstrates the capital’s ability to organize major events, its excellent infrastructures, top-notch services and an attractive cultural and entertainment offering.