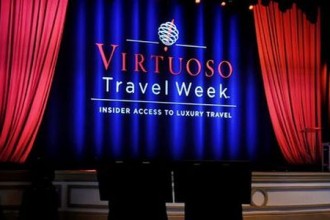 The tourism event Virtuoso Travel Week 2015, held in August in the US city of Las Vegas, has awarded Madrid the title of “Destination most committed to North America” for the promotional work done by the Spanish capital in this particular market.

According to Madrid City Council, this distinction, which has been awarded for the first time, is in addition to Madrid’s nominations for “Best Tourism Board” in 2013 and 2014 in recognition for all the tourism promotion work done by the capital in conjunction with Virtuoso, mainly in the United States and Canada, but also in the Latin American market.

This work is the result of the ongoing agreement in place since 2009 between Madrid Destino and Virtuoso, a network of luxury travel agencies representing more than 7,200 advisors from 340 agencies, making a total of over 600 sales points in 22 countries.

In 2014, the sales of products and packages in Madrid by these agencies generated more than 60 million dollars, and in 2011 Virtuoso chose Madrid as the location for its annual symposium.

With regard to tourism promotion in 2015, Madrid has set up an Internet-based learning module in conjunction with Virtuoso, featuring online seminars and targeted at their travel agents.