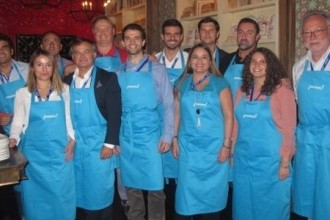 Madrid Convention Bureau held an event in Chicago, presenting the city of Madrid as a destination for business, congresses, meeting and incentive tourism for the top incentive agencies and firms in Chicago and its surrounding area.

Nine companies associated with MCB also took part in the event, which steered away from traditional formats and resources in favour of a design that promoted the interaction and participation of the associated companies and the buyers in attendance.