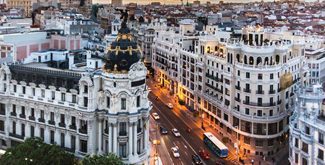 In the month of March the Community of Madrid led the rankings of all of Spain’s autonomous communities for the number of foreign tourists arriving in Spain, with a total of 478,106 people visiting our region, up 26% from the same month in the previous year. The United States was the market that sent us the most tourists, accounting for 13.5% of the total.

Today Carlos Chaguaceda, Director General of Tourism in the Community of Madrid, highlighted the importance of these numbers for Madrid’s economy and stressed the government’s commitment to increasing the number of tourists from other countries, one of the objectives set out in the 2015-2019 Tourism Strategy.

Chaguaceda celebrated the region’s positive tourism figures for March, a month when many foreign and domestic tourists chose the Community of Madrid for a few days’ break, resulting in a rise in hotel occupancy. “The regional government is committed to quality tourism and we will continue to work on this”, he concluded.