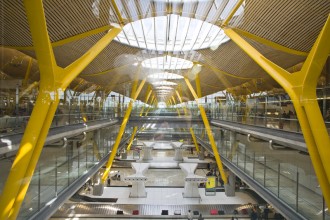 Additionally, AS Madrid-Barajas won the Euro ANNIES award -Airline Network News and Analysis -, granted by anna.aero, for “the airport with the biggest net increase (10) in long-haul routes” shared with London Gatwick airport.

Finally, the Madrilenian airport, with Barcelona-El Prat, has been recognised in IATA’s X World Cargo Symposium for their collaboration with and support of the pharmaceutical logistics freight operator certification project on behalf of the companies that operate in their facilities.