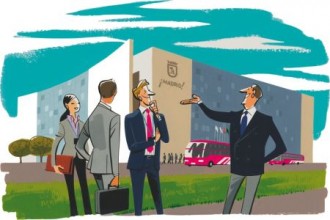 In the months of March and April MCB provided logistical, media and institutional support to congresses, conferences and meetings associated with various fields and subjects, both national and international, most notably the 8th International Congress of the Iberian Association of Translation and Interpreting Studies (AIETI8), the Plant Autophagy Congress, the Joint Meeting of the Spanish Society of Cardiology (SEC), the 9th SEFRAOS Congress, the 2017 edition of the RootedCON Congress, the 1st Interdisciplinary Congress of Human Genetics, the 20th European Biosafety Association (EBSA) Annual Conference, the 2017 edition of the European Facility Management Conference (EFMC) and the 2nd Madrid Lawyers Congress.

A welcome reception was also organized for authorities and participants in the International HydroSenSoft Symposium, on 1st March, and for the 5th International Conference on Dual Disorders, on 24 March, both of which were held in the Royal Hall at Casa de la Panadería.

As the Complutense University of Madrid (UCM) is one of the academic institutions with the highest levels of congress activity in various fields, MCB provided support for the official celebration of the 90th Anniversary of the UCM Campus, collaborating on the official campaign to promote the anniversary and by means of street furniture in the University City of Madrid (Ciudad Universitaria) complex.

As regards assistance provided to congress organizers that have already chosen the city of Madrid to host their events, of particular note is the aid offered by MCB during the technical visit of a congress team in relation to a bid for a congress to be held in 2019. This professional congress is one of the largest and most important in the field of medicine, drawing over 20,000 international delegates each year. In addition, a technical meeting was organized between the event organizers and the representatives of the main hotel chains and independent hotels associated with congresses in Madrid.