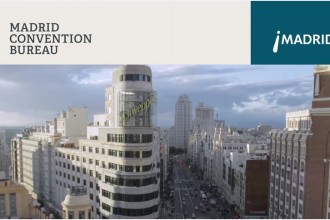 On 3 December the Madrid Convention Bureau met with renowned representatives of the Madrid scientific sector with the aim of presenting the strengths of Madrid as a top destination for congresses and explaining the ways, in which the Bureau can aid organisers in securing the selection of Madrid as destination for their meetings.

The Madrid Convention Bureau (MCB), the CVB run by the Madrid City Council as part of the company Madrid Destino, invited over fifty Madrid scientists and investigators associated with diverse institutions, such as CSIC and its centres: Instituto Cajal, Centro de Investigaciones Biológicas or Instituto de Geociencias, as well as health investigation institutes ascribed to Madrid hospitals, and relevant centres, and societies, dedicated to health sciences investigation to a presentation of the city on December 3 in Sala Berlanga, Palacio de Cibeles.

The aim of the presentation was to introduce the Madrid Convention Bureau as a public entity dedicated to securing international meetings for Madrid and aiding professionals in the management of candidatures for future congresses.

Madrid is the third city in the world with the highest number of international congresses according to the most recent ranking by ICCA (International Congress and Convention Association). In 2014, a total of 12.455 meetings were celebrated in Madrid, with over 1.210.000 delegates. Among these meetings 1.214 were national and international congresses. In 2015, 270 meetings have received support and active collaboration from the MCB, such as logistic or promotional aid. Farther, throughout 2015 the MCB has initiated 60 candidature processes, in collaboration with other professionals, and won 45 new meetings for Madrid.

The factors organisers take into consideration when selecting Madrid as their destination include the high quality and reliability of its transportations, worldwide connectivity (air connections, high-velocity trains), its accommodation offer and the expertise of professionals in its business sector, most notably in congress facilities.

The presentation concluded with a practical case study offered by the secretary general of a national society, FEDHEMO, who recounted his experience in the presentation of an international congress candidatura.

The presentation was attended, alongside MCB staff, by representatives of congress venues: IFEMA, Kinepolis and Marriot Madrid Auditorium, as well as experts from professional congress organisers Tilesa Kenes and Atlanta Congresos, together with OPC Madrid, who are all associate members of the CVB.

As token of their express support, some of the City of Madrid Ambassadors recognised in past editions of the Recognition Night were present among the guests, for instance Dª María Die Trill from Sociedad Española de Psicooncología, SEPO.

MCB’s Ambassador Programme annually identifies professionals from Madrid whose efforts have resulted in the selection of the city as destination of national or international congress. The highlight of the Programme is the Recognition Night, organised by the City Council on the first Thursday of July, during which a symbolic homage is paid to scientists, investigators and association representatives for their work in promoting the city of Madrid.