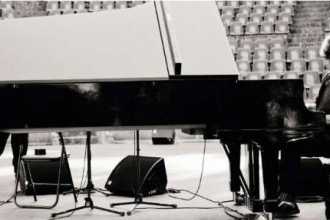 The Madrid International Jazz Festival, JAZZMADRID’15, was held in November with Conde Duque as its headquarters with the presence of great artists from this musical genre, new talents and, in this edition, creative women with unquestionable jazz authority.

Richard Bona, the Cameroon bass guitarist opened this year’s Jazz Festival on 5th November, which was followed by around twenty concerts, including performances by the María Schneider Orchestra, Mike Stern Band, The John Scofield & Joe Lovano Quartet. The debut of the British crooner, Anthony Strong served to put the finishing touch on the Festival with the presentation of his latest album.

The programme was rounded off with concerts by Esperanza Spalding at La Riviera, and by Louis Sclavis & Vincent Courtois at the French Institute, as well as a series of conferences, film screenings and over thirty concerts in Sabor a club programme of La Noche en Vivo the association of live music halls.

An invitation to listen to and enjoy jazz, in which melodies from different styles and cultures came together at a festival in which new talents also shone.