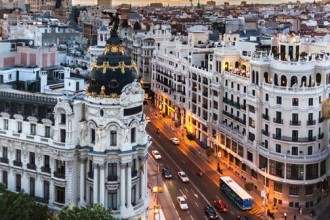 The figures being released over the last few months on the influx of tourists into the Spanish capital not only show the excellent state of health of tourism in Madrid, but also the success of the congress, convention, incentives and events sector. The rising trend in the number of meetings held in the city is being strengthened every year after this market was also affected by the economic recession still gripping the country.

According to the 2015 meetings tourism report produced by the company Tea Cegos and commissioned by Madrid City Council, last year closed with a total of 14,283 meetings having been held in the Spanish capital, 14.7% more than the previous year, bringing the figures closer to where they were before the economic crisis hit the country. Particularly significant is the fact that in this figure, the highest growth of 25.5% was seen in meetings with more than 50 delegates.

The report shows that these meetings have had a direct financial impact on the city of 885 million euros, a figure on the rise compared to statistics obtained for other years (2014: 817 million).

Madrid, which took fifth place alongside London in the last ICCA ranking, is rated by professional visitors with 8 out of 10 satisfaction points, with the emphasis on aspects like the city’s historical, cultural and leisure offerings./