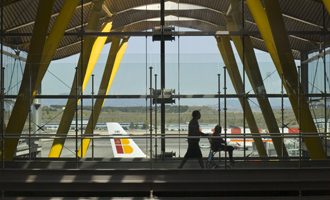 In preparation for the incorporation of Iberia into the Joint Business Agreement between Europe and Japan, last September the Spanish airline company and Japan Airlines announced they had entered into a code-sharing deal on the route between Madrid and Tokyo Narita, which Iberia will begin to operate on 18 October. With three flights per week on Monday, Wednesday and Saturday, Iberia will link the Japanese and Spanish capitals with its most modern aircraft: the A330-200.

Iberia, Japan Airlines, British Airways and Finnair have started to sell joint fares on the new route. They may be combined with the fares offered by any one of the airline companies signed up to the Joint Business Agreement between Europe and Japan.

The codeshare extension and launch of these joint fares is the result of the Japanese authority’s approval to extend anti-trust immunity to include Iberia in the Joint Business Agreement entered into by British Airways, Finnair and Japan Airlines to enable them to cooperate commercially on the flights operated between Europe and Japan. The new Madrid-Tokyo route and the inclusion of Iberia in this agreement will provide customers with a larger network of destinations, more travel options and increased frequent-flyer benefits. In addition, it will strengthen the Oneworld routes in Japan, one of the world’s leading economies.

Together, Iberia, British Airways, Finnair and Japan Airlines will offer 76 flights a week between Madrid, London, Frankfurt, Helsinki and Paris, to Tokyo’s Narita and Haneda airports, as well as the Japanese cities of Osaka, Nagoya and Fukuoka. In addition, Japan Airlines offers connecting flights to another 59 cities in Japan.