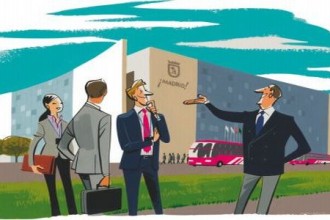 In September Madrid Convention Bureau presented six bids to host international congresses across different sectors, and a further six congresses have already been confirmed for the city of Madrid, scheduled for between now and 2022.

As part of the work associated with presenting candidatures to host new congresses, MCB coordinated the inspection visits made by the representatives of an international company related to the world of finance that has yet to confirm the destination of its congress for 2018.

MCB also provided assistance during the technical visit made by the highest authorities of the Society of American Travel Writers, SATW, which has confirmed it will hold its congress in Madrid at the end of October/beginning of November 2017, as well as the World Air Traffic Management Congress, WATM, organised by ATCA and CANSO. Thanks to the efforts of MCB and its partners, the World ATM Congress has been held in Madrid since the first edition back in 2013, and its presence has been ensured until 2022. The event has shown a steady annual growth of international participants, starting with 4,000 professionals from the aeronautic industry in 2013 and reaching more than 7,000 attendees in 2016.

Finally, the Madrid City Council congress office provided institutional, logistics and media coverage support to over thirty congresses and corporate events that took place in September, such as the Congress of the Asociación Española de Estudios Literarios Hispanoamericanos, AEELH; the International Congress of Youth in Conservation of Cultural Heritage, YOCOCU; the International Symposium on BioPolymers, ISBP, organised by the Centro de Investigaciones Biológicas CIB; and the congress held by the International Fiscal Association, IFA, which attracted nearly 2,300 international delegates to Madrid.