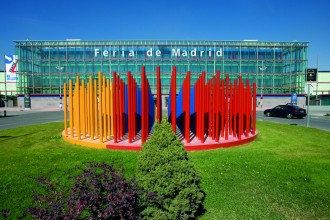 IFEMA is working on a strategic five-year plan devoted primarily to growth which will drive the evolution of its activity. The focus of this objective is a wide range of actions designed to facilitate progressive growth of IFEMA’s asset portfolio (fairs, congresses, external fairs, leading events, services and projects abroad), thereby increasing revenue, with a view to doubling the current financial results by 2022 via a sustained increase of 12% per annum.

In the 2016 financial year a trend reversal already became evident with an improvement in activity that ultimately generated revenue of 105.6 million euros, an increase of 8.2% with respect to 2015. This increase rises as high as 13.3% if we compare 2016 against the 2014 calendar year, an even-numbered year which is comparable due to the existence of equivalent fairs held every two years.

The last financial year marked a turning point in the trend of the past few years, with growth seen in every activity indicator as well as the overall balance sheet.
With total revenue of 105.6 million euros, earnings before interest, taxes, depreciation and amortisation (EBITDA) amounted to 18.1 million, a 38.9% increase against 2014 (a comparable year) and an 18.9% increase against the 2015 financial year. Furthermore, net profit is estimated at 1.6 million euros, eight times higher than in 2014 and six times the profit earned in 2015.

Activity in 2016
These results were largely due to improved corporate involvement throughout 2016. A total of 26,552 exhibiting companies were secured, amounting to growth of 12% in fairs organised by IFEMA, and up to 17.36% in those with international involvement. Accordingly, exhibition space occupancy also increased, rising above two million gross m2 and 900,000 net m2 of exhibition space for the first time since the beginning of the economic crisis, bringing the total rotation level to nearly 11%. Visitor turnout also rose; at 2.9 million attendees it represented growth of 7.88%.