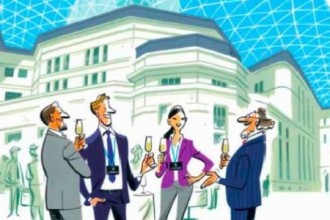 In November, the Madrid Convention Bureau, on behalf of the Madrid City Council’s Tourism Department, provided logistical, media and institutional support to more than 20 congresses, conferences and meetings from different fields and sectors, both national and international; among them were the 2016 Rotary Institute, the Youth Scientific Congress, the 2016 Cruise Summit, the Mediterranean City-to-City Migration Meeting or the IX National Congress of the Spanish Society of Musicology.

On November  15 and 28 the MCB offered welcome receptions to the authorities and invited speakers to the International Congress of Educational and Professional Guidance, IAEVG, and to the Hispano-Portuguese Congress of Underground Waters, respectively. Both receptions took place in the Salón Real (Royal Chamber), in Plaza Mayor, as part of the Council’s support for congresses held in Madrid.

In its continuous effort to prepare for the celebration of the FDI International Congress in Madrid in 2017 the MCB has promoted the destination at previous international meetings of the dental sector in the cities of Geneva (Switzerland), Stockholm (Sweden) and New York (USA). The FDI Congress brings together about 12,000 international delegates annually.