The Black Hall at Teatros del Canal is hosting a cycle of flamenco and modern dance shows that have been designed in the 13th edition of the artistic residences at the Canal Choreographic Centre for emerging and consolidated professional creators and companies from 2 September to 15 October.

It is a residence programme in which young professionals can use the Choreographic Centre’s rooms to research, practise and develop their projects.  The institution also supports these groups in business terms, providing them with resources and spaces, as well as academic support to improve their studies and choreographies.

The Brazilian dancer, Allan Falieri, opens the event on 2 and 3 September with the premiÃ¨re of TITUN. The Serendipity of the Black Swan’s Death, a production that reflects on the role of the past as a personal legacy.

The Dani Pannullo group premiÃ¨res Expulsion on 16 and 17 September.  It is a series of dance works based on the Discipline and Punish book by Michel Foucault on the future society, subtle repressions and new social ethics.

The Arnau PÃ©rez group is performing Fridge, an analysis of actions and expectations of an undetermined future, on 21 and 22 September. On 25 and 26 September, EstÃ©vez / PaÃ±os and Company produces La Confluencia, a re-reading of the codes of modern flamenco art.

On 30 September and 1 October, Cano&Aibar Project will exhibit Todas las noches, a choreographic investigation into the styles of the flamenco artists, Vanesa Aibar and Sara Cano.

On 5 and 6 October, LucÃ­a Marote presents The Eye of the Hurricane, a project on touring. Mar AguilÃ³ will be on stage on 9 and 10 October with Stella, a cosmology of night as a world and the world of the night. Finally, on 14 and 15 October, Riva & Repele Danzarte close this festival with LaGert, a Neo-classic and contemporary show on the German dancer, Valeska Gert. 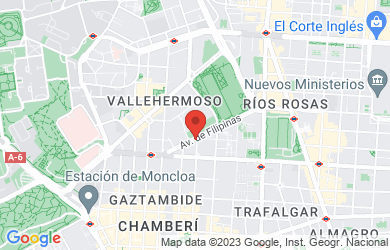 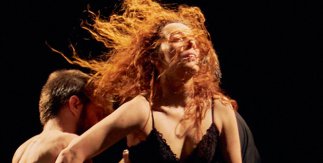