The Full Monty - The Musical

David Ottone, from the prestigious humour company, Yllana, is directing a theatre adaptation of the popular British film, The Full Monty, which won an Oscar for the Best Soundtrack in 1997. This musical comedy can be seen at the Rialto Theatre from 22 October to 9 January.

Produced by Planeta Fama Producciones, Theatre Properties and American Broadway Entertainment, the musical is coming to Spain after being a massive hit in 2018 and 2019 in Italy, Germany and the Netherlands and having triumphed on Broadway as a box office hit for years.

A group of unemployed Buffalo steelworkers spy on their wives on their “girls night out” and see how much they enjoy a performance by male strippers. Jealous of the situation and unemployed, they come up with a daring and naked way of earning some fast bucks. Whilst they are preparing, they find themselves exposed, not only physically but also emotionally. As they overcome their shyness, fears and prejudices, they discover that they are stronger as a team and find support in each other.

The Full Monty, the musical that was nominated ten times for a Tony Award, tells a touching story with attractive melodies and a much awaited final number. Combining black humour and dynamism, it is an optimistic comedy that moves the audience.

The film on which the musical is based came out in 1997, directed by Peter Cattaneo and featuring well known actors, such as Robert Carlyle, Mark Addy and Tom Wilkinson. It was a big hit worldwide and was even nominated for an Oscar for the Best Film, although Titanic finally took it away. In 2007, it was classified as the second best British comedy of all times. 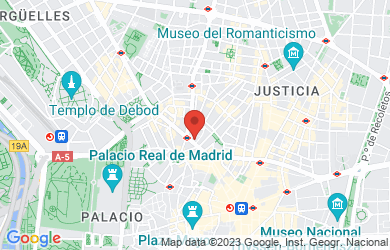 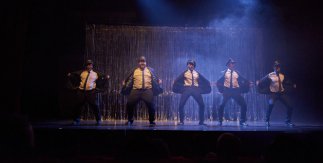 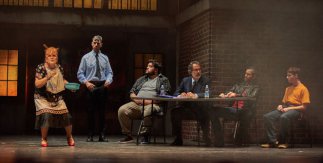 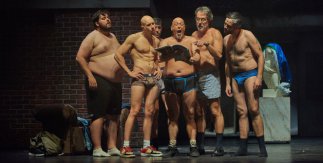 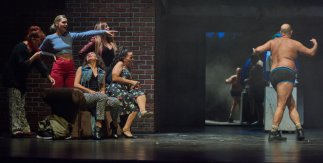