To mark the 40th anniversary of the Friends of the Prado Museum Foundation, an exhibition has been organised from 14 September to 16 January 2022 that brings together, for the first time ever, all of the works donated to the Prado Museum by the Foundation.

Therefore, it will be possible to see the pieces donated by the Foundation or those in which it has participated in their acquisition, with the exception of the three modern art collections, of which only a selection will be on display, due to its large number.

The creations donated by the American Friends of the Prado Museum and which are held at the institution will also be on display.

The exhibition is divided into four sections on the different ways in which the Foundation has collaborated with the Museum. The first, presided by The Virgin with the Pomegranate by Fra Angelico, shows the bulk of the donations.

The second is made up of a compendium of twelve paintings of the 75 painted by contemporary artists, which the Foundation invited to enter into dialogue with the Prado collections and which it later donated to the Museum. The third focuses on the Foundation’s most universal canvases, which were donated by the International Board of Trustees or by the American Friends.

Finally, the fourth features Hannibal the Conqueror Viewing Italy for the First Time from the Alps by Goya, donated by the Foundation to mark its 40th anniversary. Other paintings by the painter from Aragon, mainly from donations by the Drawings and Prints Committee that the gallery set up within the VelÃ¡zquez Circle to donate works of this type to the Prado, are positioned around it.

Francisco de Goya, Hannibal the Conqueror Viewing Italy for the First Time from the Alps (1771). Oil on Canvas. Prado National Museum, cat. P8313. Donation from the Friends of the Prado Museum Foundation, 2020 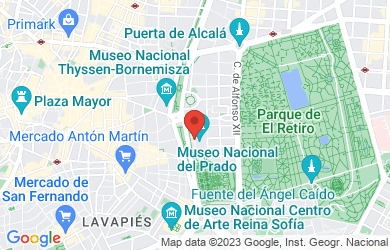 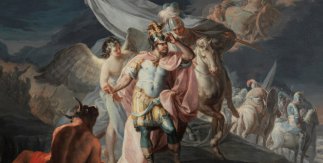