As of 1 May, the Gardens of the Palaces of the Vista Alegre Estate can be visited free of charge with a prior booking, as part of the first phase of the Action Programme  for the recovery and opening of the Estate to the public. The itinerary that can be visited includes the most representative gardens and elements of the nineteenth-century villa: the Romantic Garden, the Statues Square, the River and the Parterre.

The palaces, buildings and unique elements are in different phases of their rehabilitation.   Visits to them and their use will be gradually developed with the completion of the works.

This valuable monumental and landscape ensemble is located in the heart of the Vista Alegre neighbourhood in Carabanchel was declared a Historical Garden in Madrid’s Urban Development General Plan in 1997 and a Site of Cultural Interest in 2018.  It is the city’s fourth largest historic garden, after Casa de Campo, the Retiro Park and Parque del Oeste (Western Park).  An impressive cedar tree can be found there, which is included in the Regional Catalogue of the Community of Madrid as a “unique tree”, due to its extraordinary size and its age.

Known in the 18th century as the Carabancheles,

it was one of the favourite leisure places for Madrid’s bourgeoisie and nobility, due to its proximity to the court and its healthy climate. On 8 March 1832, it became the property of the crown, becoming the summer residence of Queen MarÃ­a Cristina de BorbÃ³n, who ordered the transformation works of the existing buildings, the construction of new ones and the creation of a landscaped garden.  In 1859, the estate was acquired by JosÃ© de Salamanca y Mayol, who used it as his habitual residence until his death in 1883. The heirs of the Marquis of Salamanca sold the estate to the Spanish State in 1886, who dedicated the estate to charity, constructing new buildings that broke up the estate’s original layout.

The ensemble is made up of several buildings and shady, geometric gardens with exotic plants and a productive ornamental or rustic purpose: 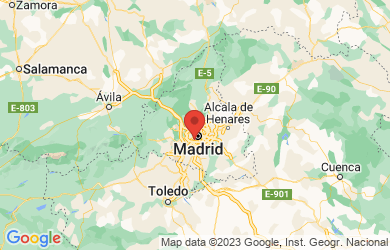 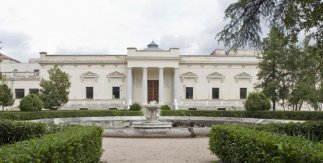 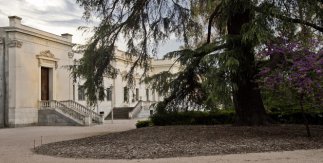 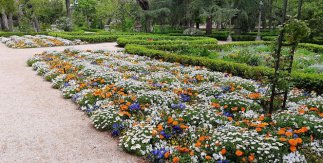 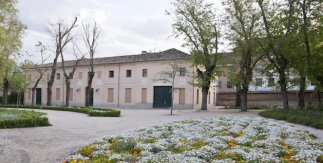 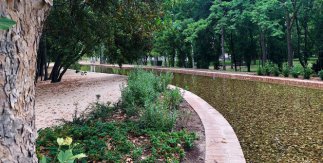 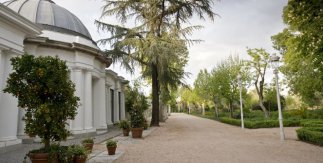 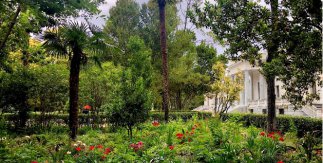