Located in Calle Bravo Murillo, next to the second water chamber of the Isabel II Canal, this park covers an area of 3745 square metres, with several expanses of green, children's play areas and sports facilities. Its name comes both from the street in which it is located and in tribute to Juan Bravo Murillo, president of the Council of Ministers during the reign of Isabel II, who promoted the construction of the Isabel II Canal and the engineering works that brought water to Madrid.

The park has three entrances, two of which are adapted. It has a 240 square metre vertical garden with an efficient irrigation system and composed of 15 different species, framed on part of the west wall of the second water chamber. In addition, it has a pathway with sustainable pavement, 50 trees, more than 1000 shrubs and garden areas with lawns and other species that consume little water.

The children's play area is adapted for children of varying abilities, and the sports area is equipped with various exercise machines and adapted for people with reduced mobility. Throughout the park there are three drinking fountains, also adapted.

This is the fourth green area created by the Canal de Isabel public corporation, after Tercer DepÃ³sito park, RÃ­os Rosas park in ChamberÃ­ and IV DepÃ³sito park in ChamartÃ­n, creating around 168 000 square metres of landscaped parks and sports areas for the people of Madrid. 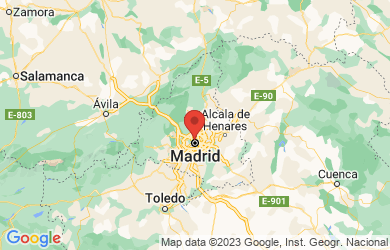 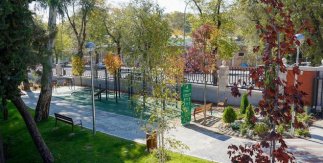 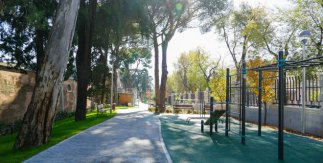 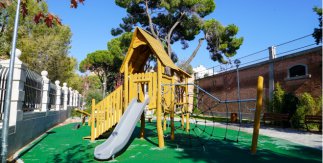