The famous chef from Malaga, Dani GarcÃ­a, whose professional career has been recognised with three Michelin stars, runs this restaurant on the seventh floor of the luxury Four Seasons hotel, in the new Canalejas Complex.  From this roof terrace, you can enjoy Madrid’s best skyline accompanied by a gastronomic proposal that offers a global vision of the famous chef’s cuisine.

The restaurant has its own entrance on Calle Sevilla, from which you can directly access the hotel’s roof terrace.  The space has been designed by Martin Brudnizki’s acclaimed Swedish studio, in which a relaxed atmosphere is combined with sophistication and eroticism.  The decoration is colonial-style, in which shades of green, yellows  and touches of red, which add warmth, prevail.

Dani’s menu is extensive, adapted to all tastes, and has been  personally designed by the chef, in which iconic dishes can be found alongside other elaborations created specifically for this restaurant.   The cuisine is one of contrasts, offering reinvented classics, such as Dani’s Tortilla, to main courses prepared with the finest ingredients from the land or the sea,  such as the tuna fillet or Dani’s Rossini Burger. It also has an exclusively plant-based section.

The wine cellar at Dani Brasserie is another outstanding feature.  With the prestigious sommelier, AgustÃ­n Trapero, at the helm, it has more than 400 references, special vintages and exclusive signature wines, with red and white wines from the main Spanish designations of origin, late harvests, champagnes, cavas, rosÃ©s and an exquisite selection of sherry wines. 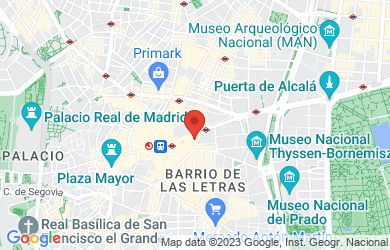 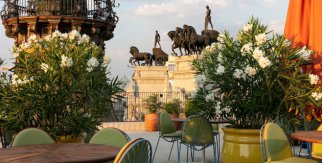 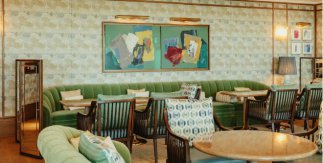 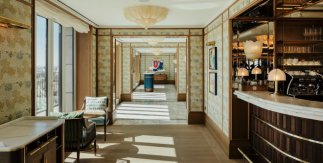 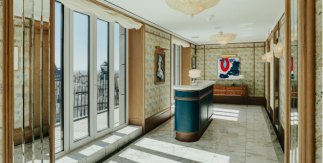