The FundaciÃ³n MarÃ­a Cristina Masaveu Peterson’s has opened its new headquarters in the ChamberÃ­ district, a stone’s throw from the Paseo del Arte. Until 31 July 2022, it will be hosting its first exhibition comprising a selection of 117 paintings from its vast collections of 19th century Spanish paintings (Goya, Madrazo, Fortuny…)

The route spans from Francisco de Goya to modernism and Catalonian postmodernism, highlighting the wealth and variety of the paintings in the collection and evolution. It features the most prominent Spanish painters of the day and includes two important works by Francisco de Goya and AgustÃ­n Esteve, a neoclassic portrait by ZacarÃ­as GonzÃ¡lez VelÃ¡zquez and paintings by Vicente LÃ³pez. The Madrid painters also excelled in portraiture, as illustrated by three works from the youth and early maturity of the foremost practitioner of this genre, Federico de Madrazo.

The works of Eugenio Lucas VelÃ¡zquez reflect the Goyesque streak, linked to the tapestry cartoons and scenes of war and violence. The genre paintings by Dionisio Fierros and Eduardo Rosales reveal the interest in everyday scenes during the transition from Romanticism to realism.

The exhibition also focuses on the trends that emerged in the last third of the century, including the historic genre, in which Ignacio LeÃ³n y Escosura and Francisco Domingo stood out; landscapes in its relist variant with Carlos de Haes, AgustÃ­n Riancho, MartÃ­n Rico, Mariano Fortuny and Luis Ãlvarez CatalÃ¡; and the naturalist variant with Aureliano de Beruete, Eliseo MeifrÃ©n, JosÃ© Moreno Carbonero and Cecilio Pla, among others.

An important and core part of the exhibition is made up of some of the collection’s numerous works by JoaquÃ­n Sorolla. It also includes works of Catalonian postmodernism with four gypsy scenes dated between 1901 and 1909 by Isidro Nonell and various landscapes by JoaquÃ­n Mir and JoaquÃ­n Sunyer. 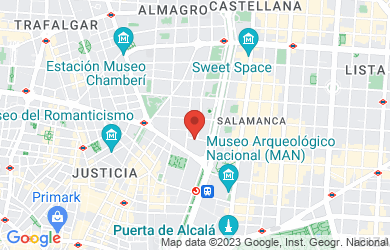 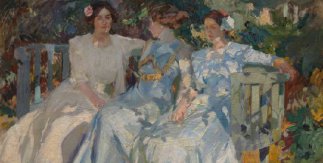 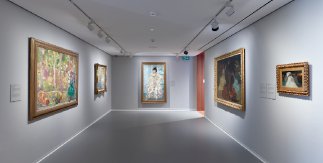 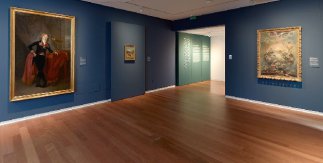 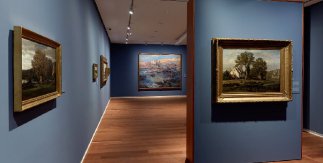