Madrid's history and tradition cannot be understood without its famous "verbenas" or open-air festivities, three of which are being held in neighbouring districts on successive dates during August. The party gets under way with the San Cayetano festival in the Rastro/Embajadores area, followed by San Lorenzo in LavapiÃ©s, and ends with the biggest and most important of all, La Paloma in La Latina.

Chulapos (traditional Madrid dandies), chotis dancing, lemonade, streets decked with lanterns, locals dancing cheek to cheek... All this is part and parcel of Madrid's local festivals, especially in summer, when the days are longer and can be enjoyed to the full. For two weeks, the city's oldest streets are filled with traditional flavours and sounds, especially at dusk, when the air is cooler and people emerge to have a cold drink and a tapa or two in the many open-air bars set up especially for the festivals.

These celebrations have a strong community spirit and are an inseparable part of the real Madrid, one that holds dear its traditional image as a party-loving, sociable city with one simple aim - to have a good time. And of course, it extends a very warm welcome to anyone wanting to join in. The programme of events typically includes children's games and competitions, card tournaments, performances by bands and pop groups, tapas routes and the procession honouring the saint or virgin in whose name the festival is being held.

The festivals are taking place in three very traditional neighbouring districts, in whose charmingly haphazard streets many 19th century buildings, some with courtyards, are to be found.

Finally, the Virgen de la Paloma festival, one of Madrid's most famous, is the high point of the season, both in terms of the number of people it attracts and the area it occupies. The festival takes over Plaza de la Paja and the surrounding streets, the whole of Calle Toledo up to Plaza de las Vistillas, plus the streets running round the parish church of Virgen de la Paloma in the square named after her. 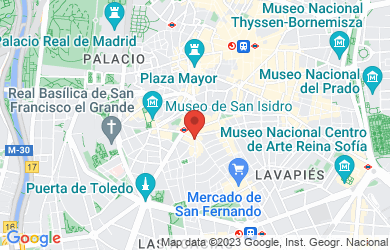 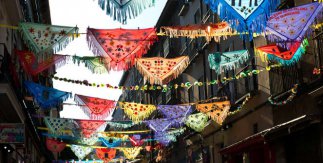 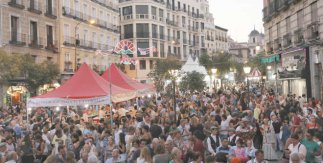