The 12-metre sculpture by Jaume Plensa, called Julia, came to the Plaza de ColÃ³n in December 2018. The famous sculptor’s work, with the sponsorship of the MarÃ­a Cristina Masaveu Peterson Foundation and the collaboration of Madrid City Council, rests on the pedestal that used to be occupied by the statue of the Genoese navigator and will initially remain there until December 2021.

Made from polyester resin and white marble dust, Julia is the first sculpture of this kind by Plensa to be shown in Spain. The choice is meant to lead to the development of similar projects in the future. In the words of the artist himself,– ‘Julia is conceived of as a work to inspire personal, intimate, reflection in the hectic rhythm of the public space.’

Born in Barcelona in 1955, Jaume Plensa studied at Escola de la Llotja and the Reial AcadÃ¨mia Catalana de Belles Arts de Sant Jordi. The internationally renowned winner of the VelÃ¡zquez Prize for Visual Arts in 2013 held his first exhibition in Barcelona in 1980. Since then, he’s lived and shown his work in Germany, Belgium, England, France and USA. Now he’s back in Barcelona. In his sculptures, Plensa works with materials, ideas and emotions, as well as with references to literature and poetry, music, or the history of thought.

Julia is the first step in a new art programme launched by the City of Madrid to show, for an entire year, a sculpture selected by public tender on the base that used to hold Columbus’s statue at Plaza de ColÃ³n. In its first three editions, the project is being sponsored by FundaciÃ³n MarÃ­a Cristina Masaveu Peterson (FMCMP). 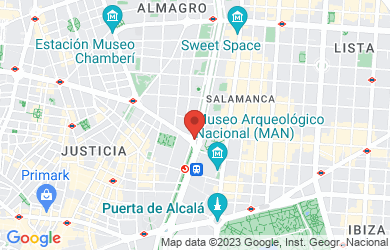 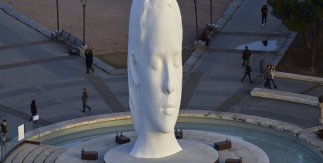 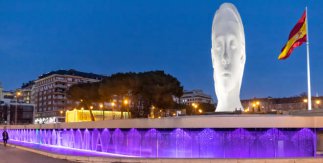