A unique journey through more than 70 original works of one of the most influential creators at the moment. On loan by international private collectors, the exhibition includes original paintings by the mysterious author, his sculptures, installations, videos and photographs. The pieces are on display, for the first time in Spain, at Espacio 5.1 of IFEMA.

An all-enveloping audiovisual installation has been created specifically for this exhibition to immerse the visitors fully into the universe created by this groundbreaking artist whose identity is still unknown. During the visit clues about Banksy will be revealed, showing his most important pieces and explaining his unique, and often controversial, trajectory.

Banksy is an anonymous England-based street artist, vandal, political activist, and film director. His satirical street art and subversive epigrams combine dark humor with graffiti executed in a distinctive stenciling technique. His works of political and social commentary have been featured on streets, walls, and bridges of cities throughout the world.

The pieces shown in the exhibition include the original print from the Baloon Girl series. You can see pieces similar to the one that was recently auto-destructed by the author himself in an unprecedented prank in a London based auction house Sotheby’s - after the gavel dropped and the painting was sold, the picture frame and the canvas passed through a shredder hidden within the frame, partially shredding the picture.

Love Is In The Air - Banksy 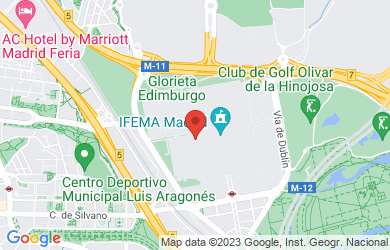 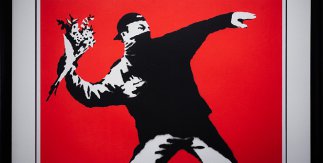 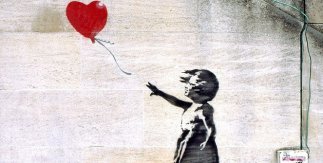 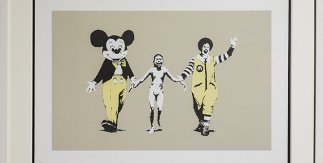 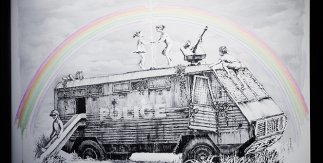