Located in the north-west of Madrid, this building built between  1949 and 1954 on the same site as the former  Royal Site of La Moncloa, destroyed during the Civil War, is the headquarters of the Presidency of the Spanish Government, as well as the official residence of the President of the Spanish Government and his family, which was established in 1977 by President Adolfo SuÃ¡rez.

The palace was built by the architect, Diego MÃ©ndez, following the model of the Casa del Labrador in Aranjuez, and it originally served as the official residence of the Heads of State and senior figures visiting Spain.

Currently, the Moncloa Open programme offers weekly 90-minute guided visits around some of its facilities,  upon registration on its official website. The visit  includes the gardens, as well as some meeting rooms, and the buildings that house the Council of Ministers and the  State Secretariat for Communication. Visits will take place on days on which there is no official agenda in the complex or when no public acts are programmed. 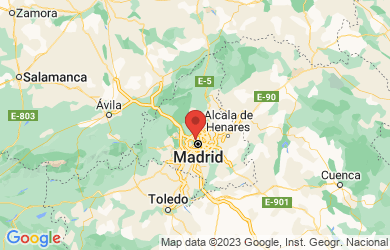 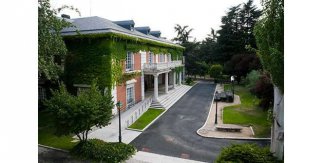