Run by chef, Rafa BÃ©rgamo, and the maitre d’, AndrÃ©s Correa, both of whom are Venezuelan, Kuoco 360 proposes a culinary offer that includes the cuisine from all over the world. From Asia to the Mediterranean, as well as the Latin American cuisine of Peru, Mexico and the Caribbean, this establishment located in Chueca enjoys highly creative dishes with a touch of signature cuisine.

The establishment is long and is divided into two spaces: the main dining room at the entrance and a smaller one at the rear alongside the bar and the kitchen. Its dÃ©cor is simple, predominated by wood, metal lamps and chairs of diverse designs.

The menu is short and often varies, but it also has various specials that are not included on the menu, in which cuisine with market produce prevails. In all of them, the quality of the ingredients is essential. The “Seven Powers” (typical dish on the Caribbean beaches, prepared with seafood and shellfish in which Caribbean and Asian condiments are mixed), fried ceviche or pork shank. 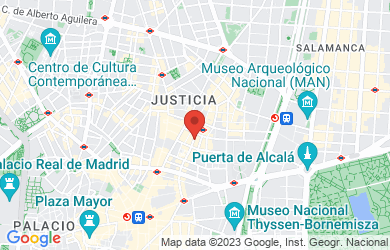 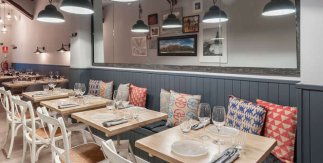 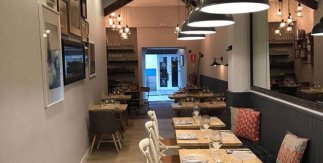