The 12th of October Parade

Paseo de la Castellana hosts the Spanish National Day parade, a day that symbolises  the ephemeris of the country’s cultural and linguistic expansion beyond the European continent.

The events will start with the arrival of the King and Queen to the Plaza de Cuzco. Then, there will be the military honours, the parachute jump and the solemn raising and tribute to the National Flag.

When the flag is flying, a tribute will be made to all those who lost their lives for their country. Once this tribute is completed,  the air and land parade will begin. The starting point of the parade will be Plaza de Cuzco. From there, the National Security Forces will march to the final point in Nuevos Ministerios. Afterwards, the monarchs will bid their farewell and the flag will be lowered.

On October 12, the Royal Palace's Plaza de la ArmerÃ­a and Royal Armory will be opened free of charge to all visitors from 5:30pm to 10pm. The last admission will be at 9 pm.

The Campo del Moro Gardens will open from 5:30pm to 8pm.

The Monasteries of the Descalzas Reales and EncarnaciÃ³n in Madrid will also offer free entry from 10:00am to 3pm with the last access at 2pm. The Monastery of Las Huelgas de Burgos and that of Santa Clara in Tordesillas, will open for free from 10:30am to 3pm, with the last admission at 2pm. In all cases, the visit will be guided and with a limited number of tickets. 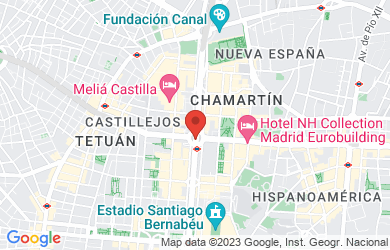 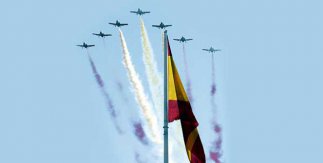 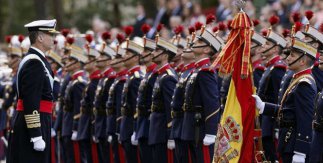 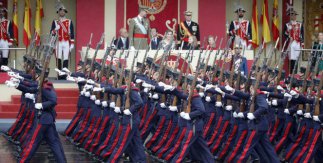