Located in the ChamartÃ­n district, the CSIC or Spanish National Research Council is the country’s largest public scientific research institution.

It plays a key role in the country’s scientific and technological policy since its work encompasses everything from basic research to the transfer of knowledge to other sectors. It has a number of centres and institutions spread around the country and over 15000 employees.

By now we’re probably all able to sing along to the partisan song Bella Ciao, but do we know where the first season of the hit series was actually filmed? The building we see on our screens represents the Royal Mint which in reality is located on Calle Jorge Juan and has a fascinating museum about the history of money.

However, if you want to take a selfie next to the building that was actually featured in the series, then you need to head to the CSIC, whose faÃ§ade is remarkably similar to that of the Royal Mint. There you’ll see the stairs that appeared in some of the season’s most dramatic action scenes like when Tokyo is tied to a cart and pushed down them or when she leaps up them on a police motorcycle. 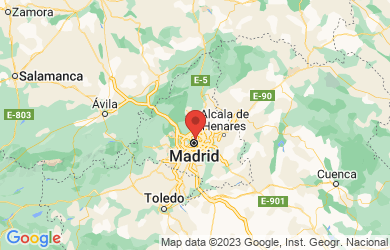