For the sixth consecutive year, Madrid celebrates the Chinese New Year. In 2021, the Year of the Ox will be celebrated (Year 4719 in the Chinese calendar), which begins on 12 February, so most activities will be held from 12 to 14 February, although the programme includes events for a month. It is a cultural and festive programme for all tastes and ages, organised in collaboration with the Embassy of the People's Republic of China, along with associations, artistic groups, residents of the Usera neighbourhood, the Confucio Institute and Casa Asia in which the Light Festival (Sat 13)  and the Multicultural Parade in Usera (Sun 14) stand out.

The celebration of the Chinese New Year, which dates back more than 4,000 years, coincides with the beginning of the crop cycle, bids farewell to winter and welcomes a new season, so it is also known as the “Spring Festival”.

In 2021, most activities will be held from 12 to 14 February, although the programme includes activities for almost one month.

Multicultural Parade and the Light Festival

One of the most awaited moments for residents and visitors who celebrate the Chinese New Year is the Multicultural Parade (Sunday 14 February 2021 from 11.30am to 1pm – to be confirmed) which goes through the main streets of Usera (Route: Departs from c/ Marcelo Usera on the corner of c/ Olvido – Av. De Rafaela Ibarra – c/ Dolores Barranco).

On the previous evening (Saturday 13 February at 6pm; Fireworks at 8pm – to be confirmed) there will be the traditional Light Festival, a show with lights, music and colours. From the square in front of Usera District Council, participants are guided to the Pradolongo Park, where there is live music in the temple next to the lake. The lake will be illuminated with hundreds of floating lanterns that will be distributed among adults and children alike, for them to be put into the lake whilst making a wish for the New Year. At 8pm, there will be a firework show designed especially for the Chinese New Year. 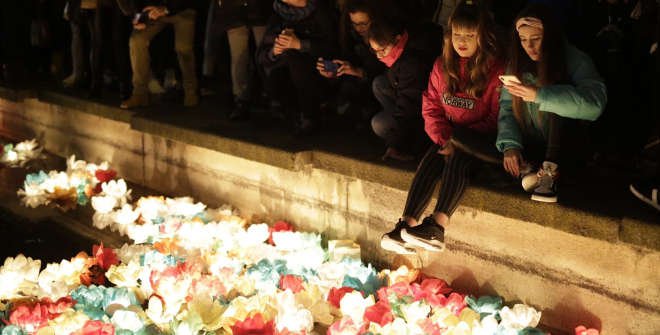 In order to showcase and raise awareness of the wealth of Chinese cuisine, these culinary workshops have been organised in which more than a dozen restaurants known for the quality of their products, the authenticity of their dishes and the professional service offered to clients will take part.

The Chinese haute cuisine restaurants participating in these culinary workshops offer special festive menus for more or less a month to raise awareness of typical Chinese dishes at an affordable price. 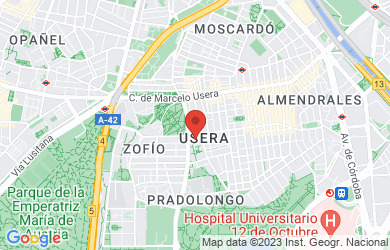 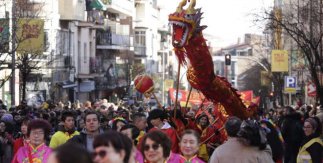 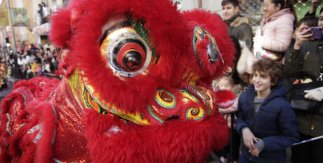 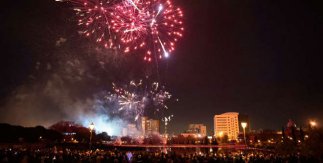