The talent of the chef, Manuel DomÃ­nguez (O CarballiÃ±o, Ourense, 1975), was recognised with a Michelin Guide star  in the 2016 edition, revalidated in the 2020 edition. A reward for this restaurant in ChamberÃ­ which prepares traditional cuisine with a creative and up to date focus, based on the best seasonal products and market produce.

Manuel DomÃ­nguez, from the pulpeira family began his career at the A Carballeira de Santa Cruz restaurant, in Ourense. After training alongside prestigious restaurateurs, he presented a restaurant in Calle Zurbano LÃºa ("moon" in Galician) in 2005, which combined Galician inspiration with signature touches, which soon caught the attention of critics for its quality. Seven years later, it moved to its current location (ChamberÃ­), where it has been awarded a Michelin star in the 2016 edition of the Michelin Guide.

The venue has two different spaces with different atmospheres and culinary offer. The more informal one is located at the entrance with tall and low tables, a comfortable bar where you can enjoy dishes with Galician influence like their famous Ã  feira octopus.

The other is a culinary dining hall, more elegant that offers two tasting menus: LÃºa Menu and LÃºa Chea Menu, where DomÃ­nguez unleashes his creative energy. 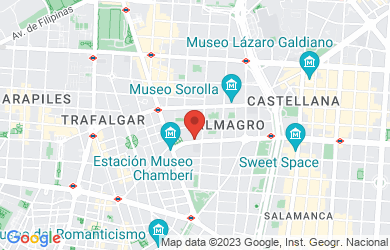 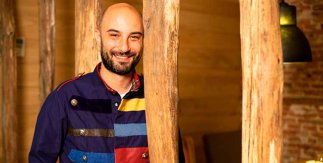 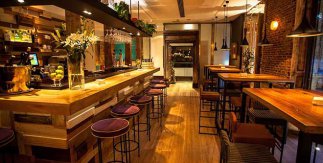 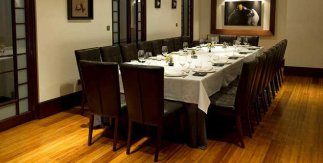