Summer nights in Madrid wouldn't be the same without this festival. This year, on an exceptional basis, the 36th edition will be held in a single venue to facilitate preventive measures and ensure public safety. From 29 July to 30 August, Conde Duque Cultural Centre will feature 22 music, theatre, dance, circus, zarzuela, astronomy, film and poetry events to suit all tastes and audiences.

The CompaÃ±Ã­a Nacional de Danza (29 July to 2 August) will open Veranos de la Villa with a programme devoted to health workers, with pieces choreographed by Bournonville, Robbins, Amarante and a trio made up of AguilÃ³, Alosa and De Luz. The event will mark the return to Madrid’s stages of JoaquÃ­n De Luz, at the festival's invitation, in one of the pieces by Robbins that were part of his repertoire during his years as a principal dancer with the New York City Ballet. It will also feature the Madrid premiere of Arriaga, a choreographic work that pays tribute to the music of young Basque classical music composer CrisÃ³stomo Arriaga.

Siete golpes y un camino, by the Centro CoreogrÃ¡fico MarÃ­a PagÃ©s from Fuenlabrada (14 to 16 Aug); Solo, con ella y contra Ella, the latest show by Madrid-based aerial dance company Nueveochenta Aerial Dance, which explores the practical applications of Newton’s laws to reflect on how they influence human relations (19 and 20 Aug); ATLAS Map of Moves, a surprising piece choreographed by Dani Pannullo that borders on acrobatics with elements of freestyle workout, parkour, b-boy and Graeco-Roman wrestling (26 and 27 Aug); and Summertime, by Aracaladanza, the prestigious Madrid company focused on children and family audiences (29 and 30 Aug), will round out the festival's dance programme in 2020. 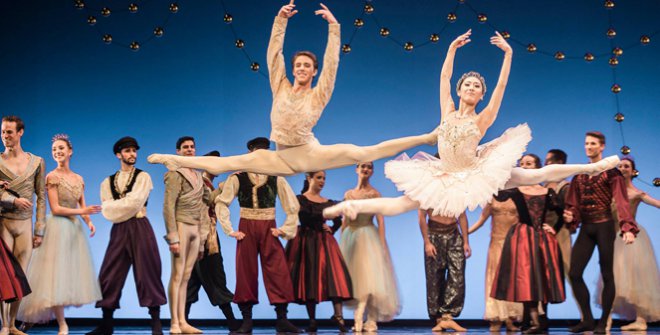 This edition will feature two evenings organised in collaboration with Teatro Circo Price full of suspense, tension and a great deal of reflection, with jugglers, tightrope walkers, acrobats and musicians.

Circo Deriva will bring us one of its most successful shows, Ya es tiempo de hablar del amor (12 August), which reflects on the passage of time in hilarious sequences featuring live music and object-balancing acts. The second night of circus (13 August) will be a double bill featuring Gibbon, by Patfield & Triguero, a perfectly executed acrobatic/choreographic show that reflects on success and failure, and Y ahora quÃ©?, by Puntocero Company, a surreal comedy full of amazing choreography.

The musical offerings will kick off on 4 August with an appealing concert by RaÃ¼l Refree (RosalÃ­a’s producer) and fado singer Lina, who is an expert on AmÃ¡lia Rodrigues. Five days later (9 Aug), Juan Valderrama will take centre stage with Mujeres de carne y verso, a show that combines the poetry of Sappho, Elvira Sastre, Gloria Fuertes, Alfonsina Storni and Sor Juana InÃ©s de la Cruz with jazz, flamenco and fado rhythms and the voices of guest artists RozalÃ©n, Las Migas and MarÃ­a Toledo.

On 18 August, the festival will host Entre antes de ayer y pasado maÃ±ana, featuring two of the most prominent artists from Spain’s folktronic scene: Baiuca and Le Parody. One day later (19 Aug), Veranos de la Villa will present Algo inesperado (Something Unexpected), a “blind date” with great music in the form of a concert by an artist whose identity won't be revealed until the show begins, with clues given on social media in the run-up to the event. For now, all we know is that it's a woman...

The festival wouldn't be complete without some zarzuela, Spain's most traditional genre, with two enticing offerings to choose from: La corte del FaraÃ³n (21 to 23 Aug), starring Belinda Washington and successfully reworked into a 21st century-style production that draws heavily on the musical and revue formats, and El estudiante y la zarzuela (22 and 23 Aug), a bold, entertaining show written and directed by Raquel Acinas that dismantles gender stereotypes and presents masterpieces by great composers in an exchange of virtuosity between baritone Manuel Lanza and soprano Ruth TerÃ¡n.

Two high-profile music events will wind up the programme: El bello verano (28 Aug), featuring Confeti de odio, the stage name of Lucas Vidaur, and CariÃ±o, with their contemporary pop sound, profound lyrics and catchy refrains; and a stellar performance by Carmen Linares (30 Aug), who became the only female flamenco artist to win the National Music Award in 2001. Linares will give an extraordinary concert to pay tribute to Madrid, the city where she rose to success as an artist. 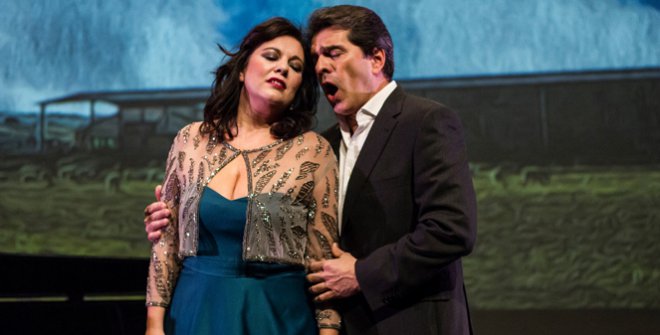 The festival –which will be fully accessible for people in wheelchairs and/or with reduced mobility– will also feature theatre, poetry and children’s shows, in addition to devoting some time to new artistic languages with the parallel programme of activities Crossing the Courtyard (Atravesando el patio), featuring digital photography projects, film sessions and the gastro event Eating up the Summer (Comerse el verano), where top chefs will create a special dish in honour of each of the festival's events. 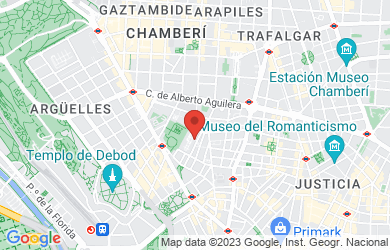 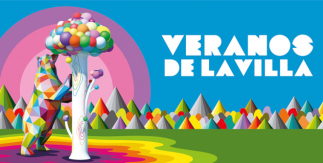