Every year on and around May 15th, Madrid honours its patron saint, San Isidro Labrador, with a packed programme of events featuring concerts, shows and an endless range of activities for all ages. Tradition meets modernity in the week-long festivities that see MadrileÃ±os dress up and dance chotis in the streets and enjoy picnics with friends and family in the Pradera de San Isidro Park.

Over one hundred miracles have been attributed to Isidore the Labourer, who was born and died in the Spanish capital. He was believed to have a special ability for finding water, and one of the festivities’ biggest traditions sees chulapos and chulapas drinking saint’s water from the spring next to the Ermita de San Isidro. Another tradition that lives on to this day is attending the RomerÃ­a outdoor celebration in San Isidro Park. The park, better known as the Pradera de San Isidro (San Isidro’s meadow), can also be found in some of Goya’s paintings.

Traditional fare enjoyed on San Isidro is the limonada (a drink made with wine, lemon, sugar and chopped fruit, usually apple), and rosquillas, doughnuts that come in different shapes and sizes: listas (“smart”, or glazed), tontas (“dumb”, or plain), de Santa Clara (covered in dry meringue) or francesas (with almonds).

Free activities for all the family are hosted across the city. Emblematic places such as the Plaza Mayor, Las Vistillas and Pradera de San Isidro Park provide the backdrop for such events as the Gigantes y Cabezudos parade and wonderful concerts. Countless other activities are held in other parts of the city, like the Temple of Debod,the Rose Garden in Oeste Park, Plaza de Oriente and Tierno GalvÃ¡n Park.

From 6 to 15 May, Madrid hosts a number of traditional religious ceremonies: the blessing of the water from the fountain and a ceremony in honour of Saint Isidore, the Quinario for the saint, a mass at the Colegiata de San Isidro, the Eucharist in the Chapel of the Cuadra de San Isidro, and the RomerÃ­a church service in the Pradera de San Isidro Park. 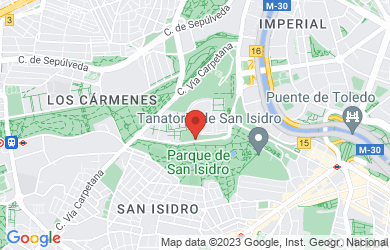 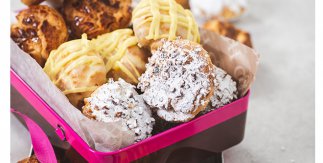 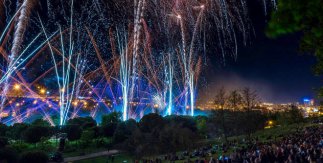