The history of Conde Hermanos guitars began when luthier Domingo Esteso opened his own workshop in 1915. Esteso taught his nephews Faustino and Mariano Conde and, later, a third nephew, Julio, learned alongside his brothers. The three Conde Brothers continued working for Esteso's widow until her death in 1960, when they took over their uncle's workshop. Later, they moved to their current location, next to the Teatro Real opera theatre, calling themselves “Conde Hermanos Sucesores Sobrinos de Esteso” (the Conde Brothers, Esteso's nephews and successors).

Mariano's children are the ones to carry on the family tradition today. Their hand-crafted guitars are very well-reputed, owing both to the quality of the materials as well as their careful construction and manufacturing technique, which gives the guitars an unbeatable sound. It’s this sound that has led famous guitarists to use their guitars, including NiÃ±o Ricardo, Melchor de Marchena, Manolo de Huelva, Sabicas and Paco de LucÃ­a.

You can buy classic and flamenco guitars at the shop, as well as unique reproductions. 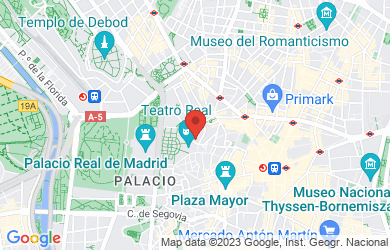 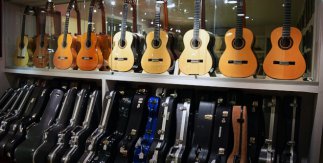 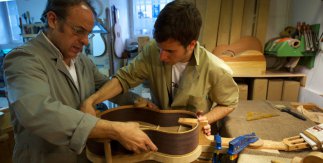 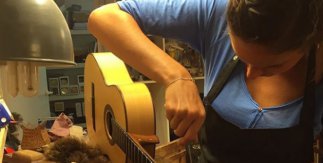