Designed by French architect RenÃ© Carlier and later renovated by Francisco Moradillo, the church is one of the finest buildings in town and the main parish church in the Salesas district. Originally, it was part of the Salesas Reales Convent, which nowadays is home to the Supreme Court.

In 1748, Barbara of Portugal, Queen of Spain, established the Salesas Reales Convent as a school for girls from noble families and a home where she could retire if her husband, Ferdinand VI, passed away first – Salesas was on the outskirts of Madrid at that time. Eventually, the Queen died in the Aranjuez Palace before the King and the two were buried in the church, in a mausoleum designed by Sabatini.

In 1870, the convent became the Palace of Justice, while the church remained a place of worship. In 1891, it was designated a parish church and consecrated to Saint Barbara.

From the outside it is the impressive stairway, designed by Miguel DurÃ¡n, the first thing that grabs our attention, followed by its elegant faÃ§ade.  On the interior, apart from the mausoleum, take a look at the harmony in the nave proportions decorated in marble and at the jasper and hardwood floors. 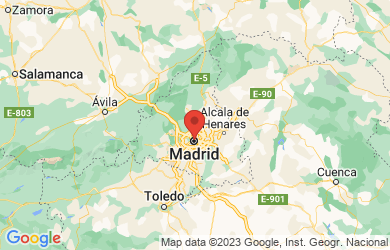 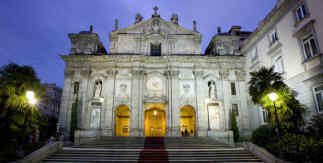 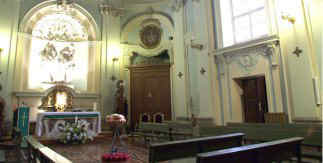 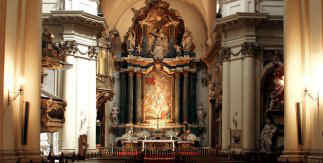