From the outset, this building situated beside Puerta del Sol was designed as a commercial enterprise for shops and offices. It is one of Madrid’s first commercial and office buildings directly influenced by the American architectural style.

The floors are arranged around a central V-shaped courtyard with a corridor running around the opening, leading to the various commercial premises and offices. Its lighting is provided from above through a splendid glass roof panel which has survived until this day.

The faÃ§ade attempts to reflect the building’s function, although it maintains a certain classical air with pairs of giant columns, combined with the use of new materials, such as iron and glass in the windows embedded between them. 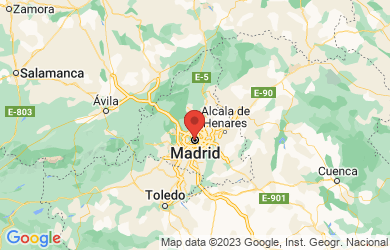 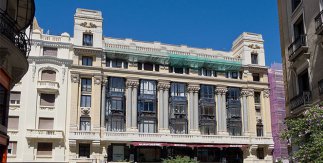 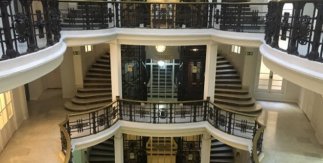 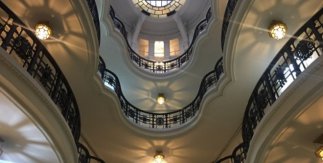 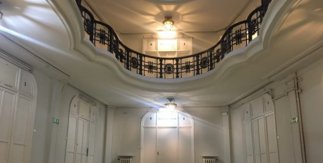