NiÃ±o JesÃºs University Children's Hospital, birthplace of paediatrics in Spain, has been a national benchmark in paediatric healthcare since it was founded in 1877. Construction began on its current headquarters in 1879 and they were opened just two years later, in 1881. The hospital can be found in the Retiro district, near the famous park.

Still an emblematic building, it was constructed in Neo-mudÃ©jar style, by architect Francisco JareÃ±o y AlarcÃ³n, author of other important works, such as the National Library on Paseo Recoletos. It was awarded gold medals at exhibitions in Antwerp, Paris, London, Vienna and Barcelona, in recognition of its originality, beauty and functionality.

Most of the pictorial works it houses date back to the 17th century and come from the estate of the Duchess of SantoÃ±a, founder of the hospital.

In addition, the Hospital retains its former pharmacy as a small museum, as well as a magnificent library with invaluable documents in terms of their antiquity and their historical content.

The church has ten stained glass windows in enamelled colours created in 1881 by the Mayer company based in Munich and London. They were publicly exhibited at the Royal Academy of San Fernando in 1882 on account of their artistic value. 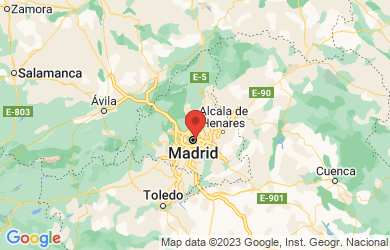 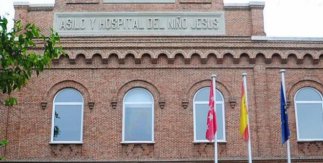 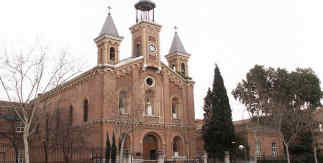