On 22 June Liria Palace will reopen its doors with all the necessary health and safety measures – as laid out by the Institute for Spanish Tourism Quality – in place:

Tickets can already be purchased online from their official website and will be available from their ticket office at the entrance of the building from Monday 22 June.

Built in the 18th century, Liria Palace is the official Madrid residence of the House of Alba, a family with an important and ancient lineage that is closely entwined with Spanish history.

For over six centuries its members have been important art collectors and custodians. In the p alace, their descendants showcase not only the magnificence of the exquisite building but also part of its private art collection, which is among the largest accumulated by European aristocrats. It ranges from works acquired more than five centuries ago to several Impressionists to more modern paintings, and features important works by Goya, such as his Duchess of Alba in White, and others by VelÃ¡zquez, Murillo, ZurbarÃ¡n, El Greco, Ribera, Rubens and Titian (including his portrait of the Duke). Visitors can now enjoy a unique collection that includes sculptures, tapestries, furniture and etchings distributed throughout the different rooms, as well as a spectacular library that contains historical documents.

The building which was commissioned by the third Duke of Berwick and Liria, Jacobo Fitz-James Stuart y ColÃ³n, was built between 1767 and 1785 by architects Louis Guilbert and Ventura Rodriguez (the man behind Cibeles and Neptuno fountains).

The palace now offers guided tours in groups of up to 20 people. Lasting around 65 minutes, it takes visitors to over a dozen rooms on the ground and first floors of the palace. Particularly noteworthy is the library which is home to more than 18,000 prints, including the first edition of Don Quixote, and invaluable documents such as the largest collection of handwritten manuscripts from Christopher Columbus. 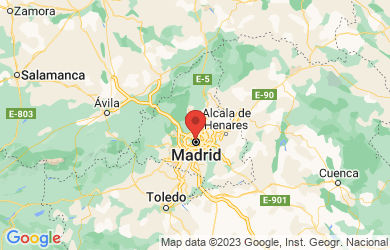 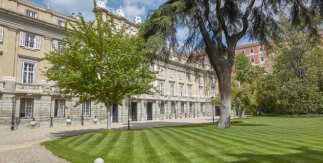 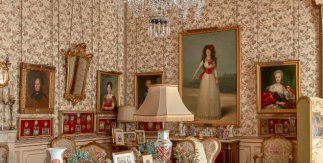 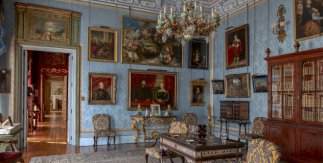 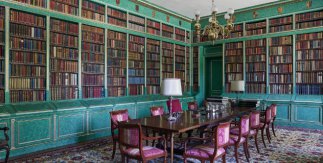 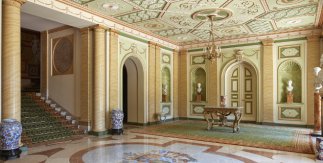 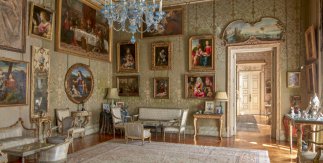