Located in Mount Pardo, this palatial building was built on the site of a small castle built by Henry III and Henry IV (14th century).  Surrounded by around 16,000 hectares of woodland, it is one of the royal palaces that belongs to National Heritage. Since 1983, it has been the residence for foreign Heads of State during official visits to Spain.

King Charles I commissioned its reconstruction to Luis de Vega, who created a small traditional Spanish Alcazar. It was square in shape with four towers jutting out at each corner and encircled by a moat.  The palace was finished by Phillip II, who introduced the Flemish-style slate roofs for the first time, decorating the interior in the Italian style with frescoes and a portrait gallery showcasing masterpieces by Titian, Antonio Moro and his disciples. In 1604, a fire completely destroyed the interior decoration.

Phillip III entrusted the rebuilding of the palace to Francisco de Mora, repeating his father’s decoration. Phillip V altered the interior to accommodate his court, as he lived there in the winter, like Charles III, who ordered the residence to be extended, entrusting Sabatini with the work. Thanks to these two monarchs, the interior of the palace was filled with tapestries with models by Goya or the Bayeu, among others, which can be observed today on visiting the interior of the palace.

The palace also preserves the 18th and 19th century furniture, as well as important paintings. 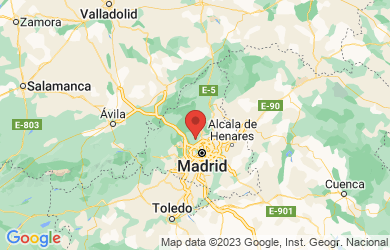 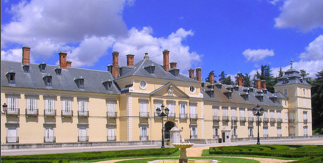 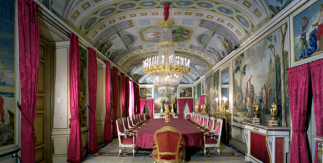