With almost 100 hectares, this important green area is located between the road to CoruÃ±a, Ciudad Universitaria and the Moncloa neighborhood. It was created in 1906 by Celedonio RodrigÃ¡Ã±ez, agricultural engineer and director of the Department of Parks and Gardens of the Madrid City Council at the initiative of the Madrid’s mayor Alberto Aguilera. After the civil war, his successor, Cecilio RodrÃ­guez, rebuilt the park.

The space has very original places such as the cable car, the school of ceramics, the rose garden, where an international rose competition is held each year, or the Temple of Debod, near Plaza de EspaÃ±a, an Egyptian temple from the second century B.C. which was given to Spain by the Egyptian Government during the construction of the Aswan dam. This is where the Cuartel de la MontaÃ±a barracks were located, famous for events in 1936 when it was attacked by Madrid residents searching for weapons to defend themselves from the rebel army.

In the south end of the park is Rose Garden RamÃ³n Ortiz, with 15,000 square meters, that holds the International Competition for New Roses of the Town of Madrid, having celebrated 47 editions already. The park has a monumental and landscaped character with a general outline of English gardens with significantly different levels and winding paths with naturalist inspirations. 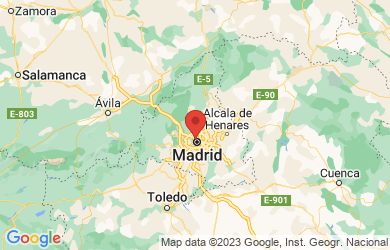 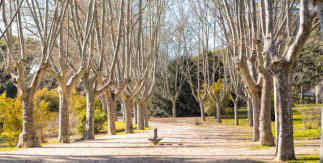 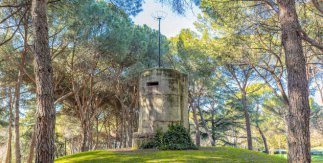 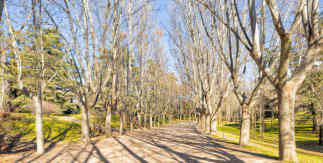 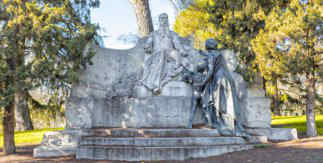 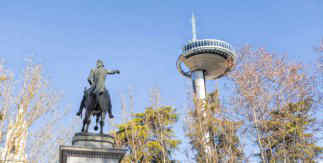 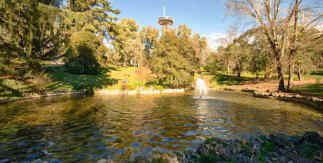