All commercial flights to Madrid land at Adolfo SuÃ¡rez Madrid-Barajas International Airport, in the Aeropuerto-Feria de Madrid. The airport s located about 12 kilometres northeast of the capital city. This nearby location means travellers save a considerable amount of time and money on their journeys.

Adolfo SuÃ¡rez Madrid-Barajas Airport, where almost 100 international airlines operate to and from a huge number of countries, handles the greatest amount of air traffic in Spain and is one of the five largest airports in Europe. Many different services can be found inside the airport, including children’s areas, coffee shops and restaurants, pharmacies, post offices, banks, car rentals, bookstores and kiosks, shops of all types, car parking, emergency areas, medical services, a police station, and nearby hotels.

Today, the airport has four terminals in operation. T4, opened in February 2006, has received a number of awards praising the design by the architects, Antonio Lamela and Richard Rogers.

In March 2014 the airport was re-named Adolfo SuÃ¡rez Madrid-Barajas in honour of the first elected Prime Minister of democratic Spain, a politician who, together with other important political figures from a range of parties, guided the country through what has been called “the Spanish transition”. During this time of social and political change, Spain moved from dictatorship to being a modern constitutional democracy. 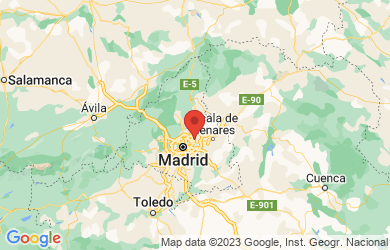 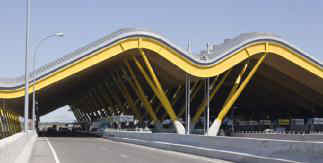 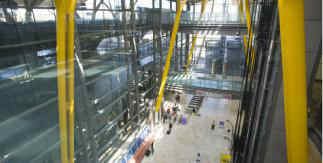 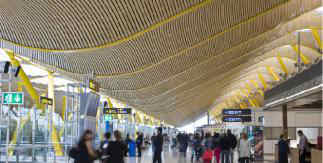 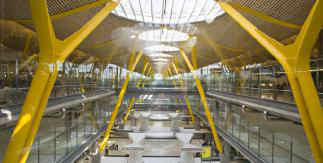 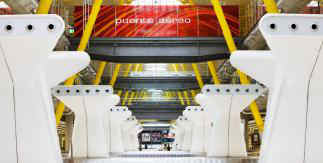