Covering 1535,52 hectares, this wonderful natural space to the west of the city is Madrid’s largest public park. Its history dates back to the mid-16th century when King Philip II decided to move his court to Madrid. He created an estate that extended from the Royal Palace to El Pardo hunting ground, acquiring farms and fields in the area. Used exclusive by the royal family for centuries, in the 1930s it was finally opened to the public.

King Ferdinand VI declared it a Royal Forest, and King Charles III chose to devote some of it to agricultural use and livestock farming. But with the arrival of the Second Spanish Republic, the new government ceded ownership of the property to Madrid City Council on 1 May 1931, and it has been public property ever since. During the Civil War it suffered damage like many other sites in the city, but it also saw the construction of military structures that are still visible today.

Casa de Campo, which in Spanish means “country house”, may be an urban park but you’ll be forgiven for thinking you are in a forest. In it you’ll find a variety of flora and fauna as well as a great range of attractions: from the Parque de Atracciones amusement park, the recently renovated lake which is lined with restaurants and bars and the Madrid Zoo and Aquarium to the Cable Car (which connects Casa de Campo and Oeste Park, on the other side of the River Manzanares), conference centres, the Madrid Arena Multipurpose venue, and Venta del BatÃ¡n (the place where bulls are traditionally held during the days before the bullfights at Las Ventas Bullring).

The park is very popular with sports enthusiasts, who flock to it at the weekends to run, cycle, play football or tennnis or go for a swim - it's outdoor public pool is one of MadrileÃ±os' favourites spots in summer. The park also hosts athletics competitions, like the annual triathlon. 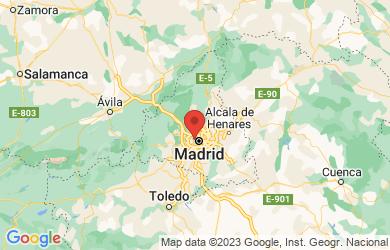 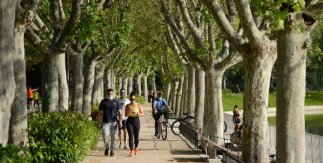 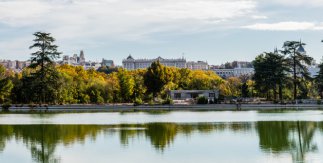 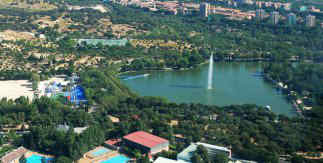 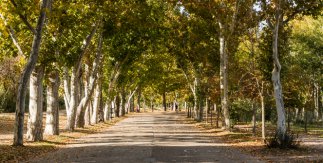 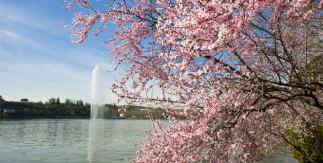