Based on a project by JosÃ© Espelius, who died during its construction, it was completed by Manuel MuÃ±oz Monasterio in 1931 and opened in the same year. Las Ventas holds 23,798 fans and, at 196 feet in diameter, the arena is one of the largest in the world. The bullring has a capacity for 23,798 spectators and a ring with a diameter of 60 metres, which makes it the largest in Spain  and the third largest in the world, behind Mexico and Venezuela.

Constructed in a Neo-MudÃ©jar style with hand-painted tiles, it houses an important bullfighting museum which illustrates the history of Las Ventas; it also has a chapel devoted to the Virgen de Guadalupe and to the Virgen de la Paloma, patrons of Mexico and Madrid, respectively. The bullring also has an infirmary equipped with the latest technology and two complete operating theatres. It also has three cultural halls: Antonio Bienvenida Hall, AntoÃ±ete Hall and the  CossÃ­o Hall, which is also home to a small library with more than 2,000 volumes. Exhibitions and informative events are held in them throughout the season.

Since 1994, the building has been considered to be a Site of Cultural Interest in the category of Historic Artistic Monument .

To find out more about the emblematic Las Ventas bullring, it is possible to go on a tourist visit which is available every day except days on which there is a bullfight. The tour, which is offered with an audio-guide that is available in 10 languages (Spanish, English, French, Italian, German, Portuguese, Japanese, Korean, Russian and Chinese), includes a visit to the Community of Madrid’s Bullfighting Museum,  the Gate of the Cuadrillas, Chapel, Infirmary Passage, Alley and the Ring. It is also possible to visit the bullring with a private guide in English, French and Russian, as well as Spanish, or there are dramatised visits. 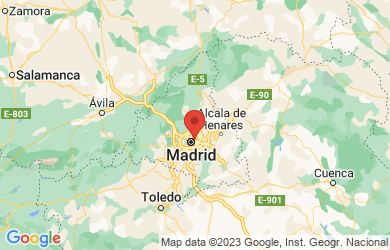 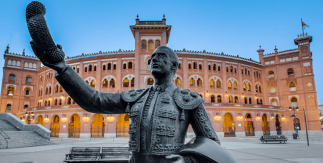 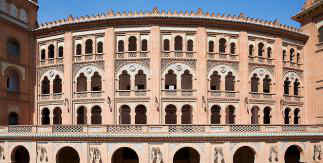 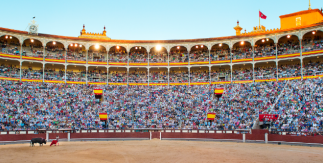