Built in 1784 by the Duke and Duchess of Osuna on the outskirts of Madrid, El Capricho is one of the city’s most beautiful -and least known- parks. It was frequented by 18th century artists, thinkers and bullfighters like writer Leandro FernÃ¡ndez de MoratÃ­n and painter Francisco de Goya. Goya in fact painted The Spell, which now hangs in the LÃ¡zaro Galdiano Museum, to decorate El Capricho Palace. Boasting a wealth of botanical treasures and wonderful sculptures, the park is home to a mansion, a bandstand, a labyrinth and a small lake.

After the death of the Duchess, the park slowly fell into neglect and disrepair until 1974 when Madrid City Council acquired it restored it to its former glory. The works were finished in 1999 and the park was reopened to the public.

The gardens covering 17 hectares and designed by Jean Baptiste Mulot, who also worked on the Petit Trianon in Versaille, are devided into three sections: the parterre (French garden), the English landscape garden and the giardino all’italiana (Italian garden).

How to get to the park from El Capricho metro stop: 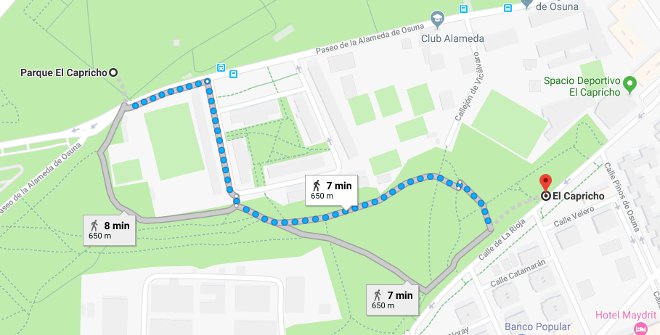 Another gem found in the park is a bunker from the Spanish Civil War, which served as the headquarters of the Republican Army of the Central Region. This 2000m2 shelter lies 15 metres under ground and was able to protect soldiers from bombs weiging up to 100kg. Built in 1937, this site was chosen because it was far away from the frontline, had excellent communication infrastructures and was surrounded by trees and bushes that meant it was well hidden.

The shelter has seven rectangular rooms (four to the right and three to the left), four exits to the park and a gallery reaching the street that runs across the basement of the Duques de Osuna Palace.

The Directorate General of Intervention Urban Landscape and the Cultural Heritage Department of Madrid City Council offers free 30-minute guided tours (20 people per group) on Saturdays and Sundays, prior reservation required on the official reservations website. 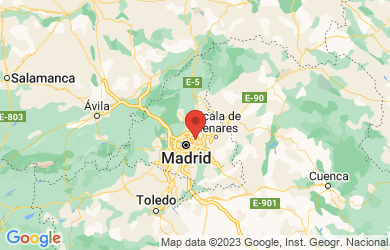 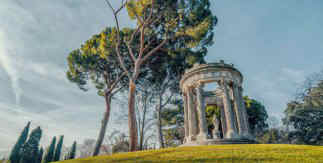 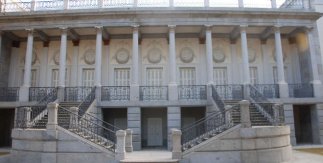 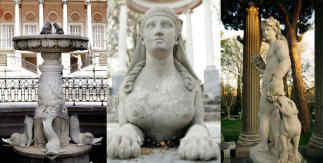 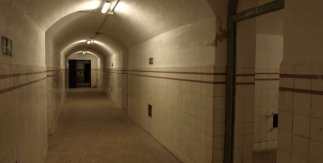