Erected in 1778 by Italian architect Francesco Sabatini, this triumphal gate was once the main entrance to the city. It was commissioned by King Charles III - over time nicknamed the Best Mayor of Madrid -, who was unimpressed by the gate that welcomed him when he first arrived in 1759. It is situated next to El Retiro Park in the centre of Plaza de la Independencia, a junction for three of the city’s most well-known streets: Calle de AlcalÃ¡, the city’s longest road, Calle de Alfonso XII, which leads to Atocha train station, and Calle de Serrano, Madrid’s most glamorous thoroughfare.

Designed by Sabatini, Puerta de AlcalÃ¡ is a neoclassical triumphal arch made of granite. It was the first of its kind to be built after the fall of the Roman Empire, making it even older than Berlin’s Brandenburg Gate or the Arc de Triomphe in Paris. Unlike the smaller Puerta de Toledo and Puerta de San Vicente gates, which are also located in the centre of the city, Puerta de AlcalÃ¡ has a total of five arches, not three.

Each side of the gate has a different design. The one looking towards the city centre is crowned by sculptures of war trophies such as flags, weapons, breastplates and helmets, and its three rounded arches are decorated with the head of a lion. The other side, which is the one travellers would first behold when they arrived in the city, is more ornately decorated and is crowned by the royal coat of arms held up by Fame helped by a child. Along the top of the gate, you’ll find the figures of four children that are an allegory of the cardinal virtues: fortitude, justice, temperance and prudence.

The gate was given the name Puerta de AlcalÃ¡ because it was on the road that led to AlcalÃ¡ de Henares, Cervantes’ hometown. 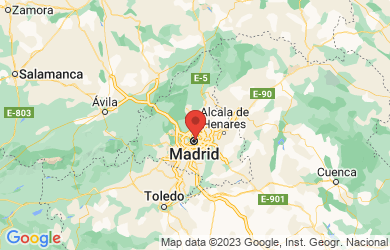 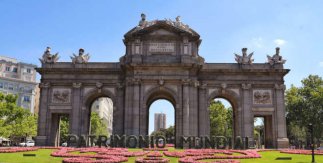 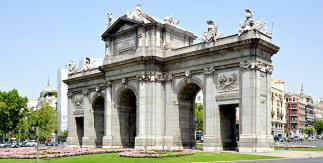 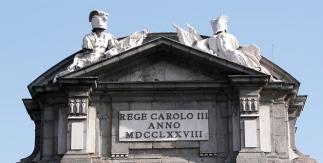 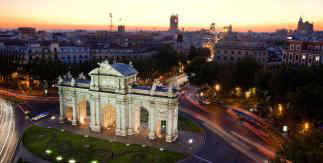 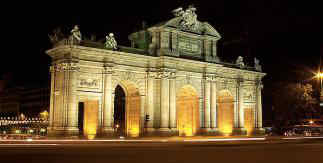